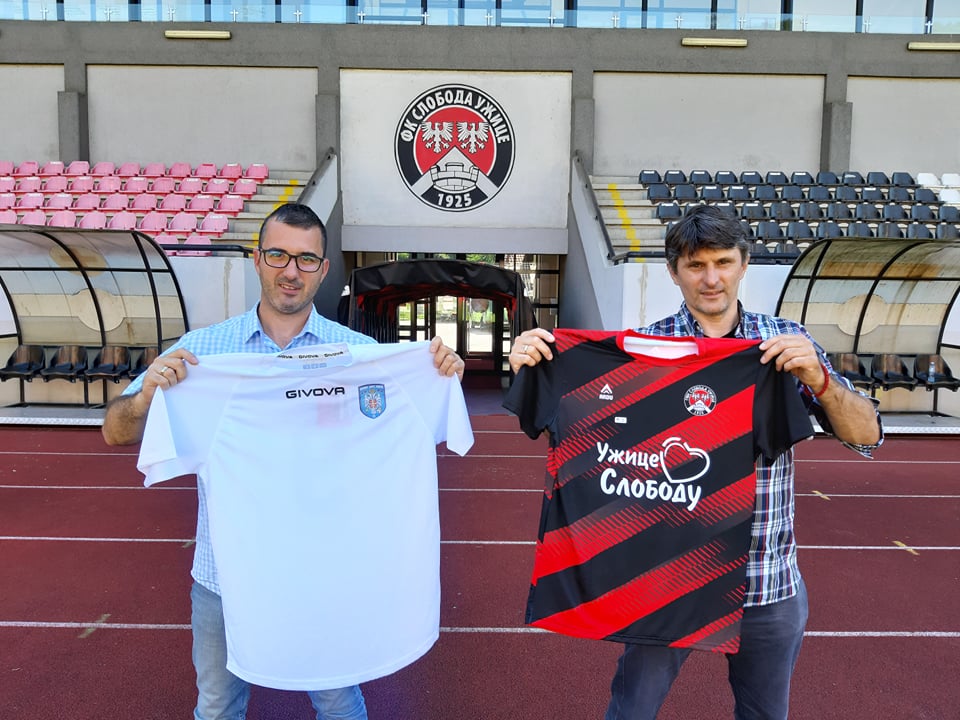 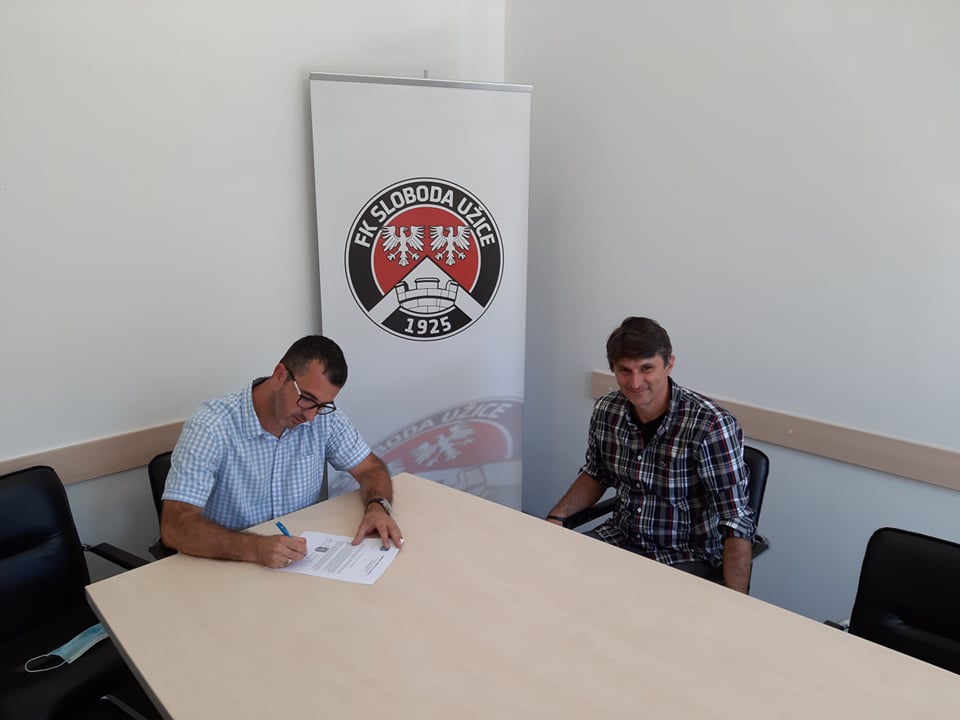 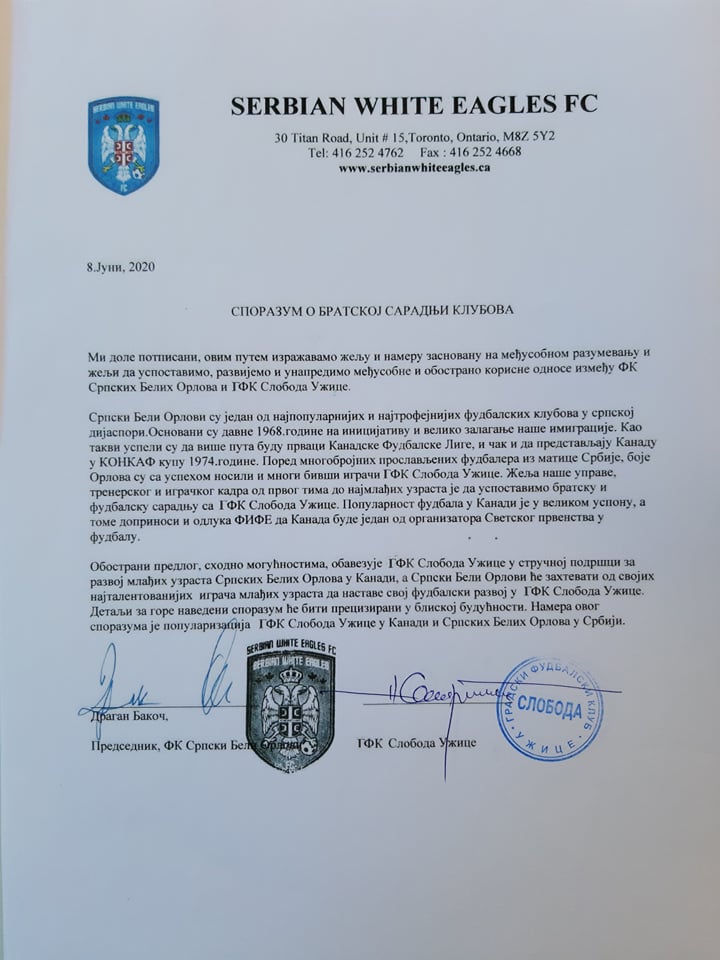 On June 8, 2020 in the Serbian city of Uzice, the president of GFK Sloboda Uzice Nikola Sekulic and the authorized representative of Canadian Soccer League club Serbian White Eagles FC from Toronto Uros Stamatovic signed an agreement on fraternal cooperation between the clubs.

GFK Sloboda Uzice committed to providing professional support to the development of the Serbian White Eagles youth players as much as possible.

The Serbian White Eagles in turn will motivate their most talented young players to continue their football development at GFK Sloboda Uzice.

The agreement in its entirety reads as follows:

“We, the undersigned, hereby express our desire and intention based on the mutual understanding and desire to establish, develop and improve mutual and mutually beneficial relations between Serbian White Eagles FC and GFK Sloboda Uzice.

The Serbian White Eagles are one of the most popular and winning football clubs in the Serbian diaspora. They were founded back in 1968 on the initiative and advocacy of our immigration. As such, they managed to be champions of the Canadian Soccer League several times, and even represent Canada in the CONCACAF Cup in 1974. In addition to numerous famous footballers from the motherland of Serbia, many former players of GFK Sloboda Uzice have successfully worn the colours of the Eagles. The desire of our management, coaching and playing staff from the first team to the youngest ages is to establish fraternal and football cooperation with GFK Sloboda Uzice. The popularity of soccer in Canada is on the rise, and the decision of FIFA to make Canada one of the organizers of the World Cup contributes to this.