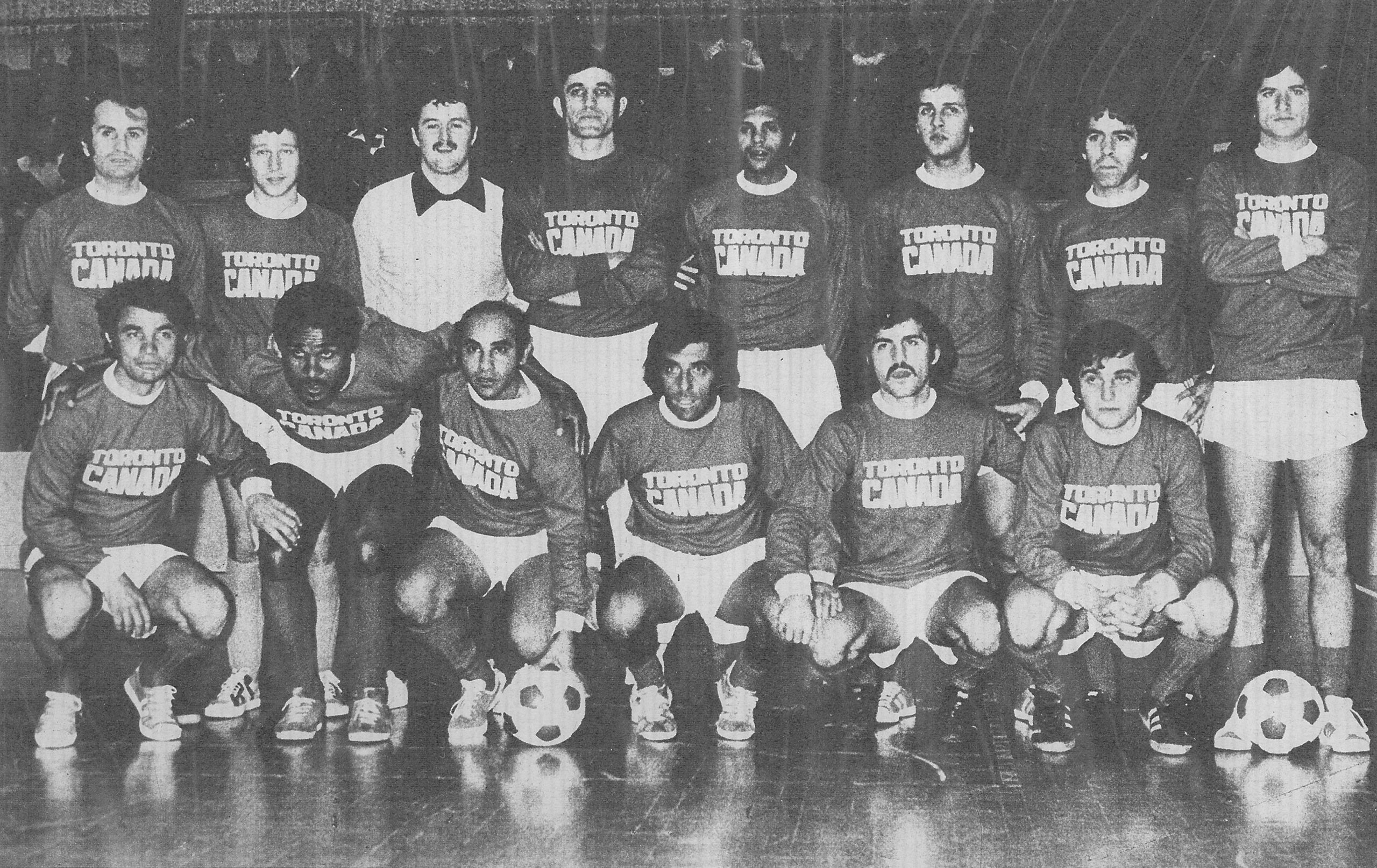 Continuing our newly founded tradition of finding and posting interesting finds from the archives (of which most have never before been seen), we now travel all the way back to October 8, 1974.

In this exhibition indoor soccer game, Toronto played Olympique Lyonnais (Lyon for short) at the Palais des Sports de Gerland in Lyon. Toronto was represented by Serbian White Eagles players Dragoslav Sekularac and Mike Bakic who scored six goals each as Toronto won 14–11. Portuguese legend Eusébio (a member of Toronto) featured for both sides in the match. He was coming off a recent knee surgery as is evident in the above photo with him struggling to crouch.

This was the first ever indoor soccer match in Lyon with about 800 people coming to watch. Sportswriter Serge Galichet described the game as such: “they (the fans) saw goals, a pleasant and very animated game, without downtime, a game full of technical prowess, which traditional football cannot offer.” He went on to say that “the high rhythm, the ability to use the walls to bounce the ball, the absence of offsides give a certain attraction to this game.”

Galichet lauded the “remarkable Sekularac, always master of a marvelous technique” but said that the game could have been even more competitive if Lyon had fielded better players. Galichet continued: “but we must not forget the attractive side, and what is not negligible, the comfort offered to the spectators. At a time when indoor sports are experiencing extraordinary enthusiasm in our country, this is an argument that must be taken into account.”

He concluded that “yesterday’s test seduced us, it remains for future tests to convince us completely.”

These were the beginnings of indoor soccer in the world and it was very interesting to see how the sport was perceived throughout the world at that time. Thank you to former Serbian White Eagles and Canada men’s national team player Mike Bakic for sending me these photos. A true blast from the past.