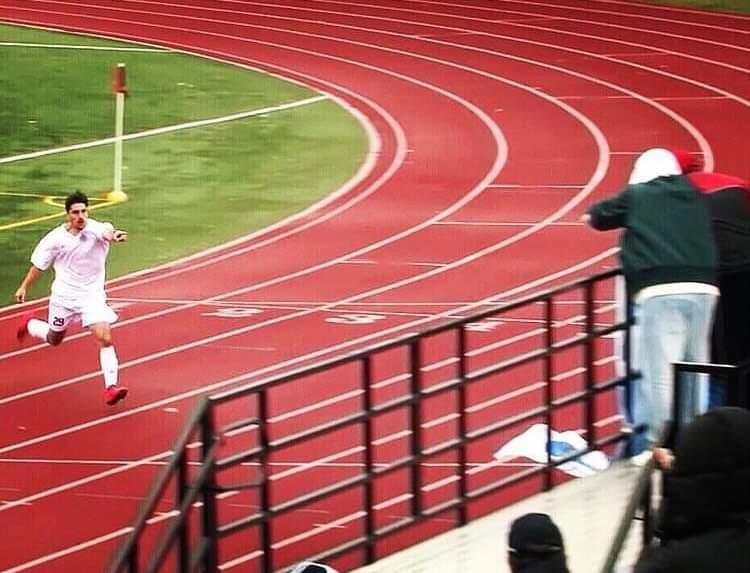 Luka Bojic after scoring in the championship final in 2016 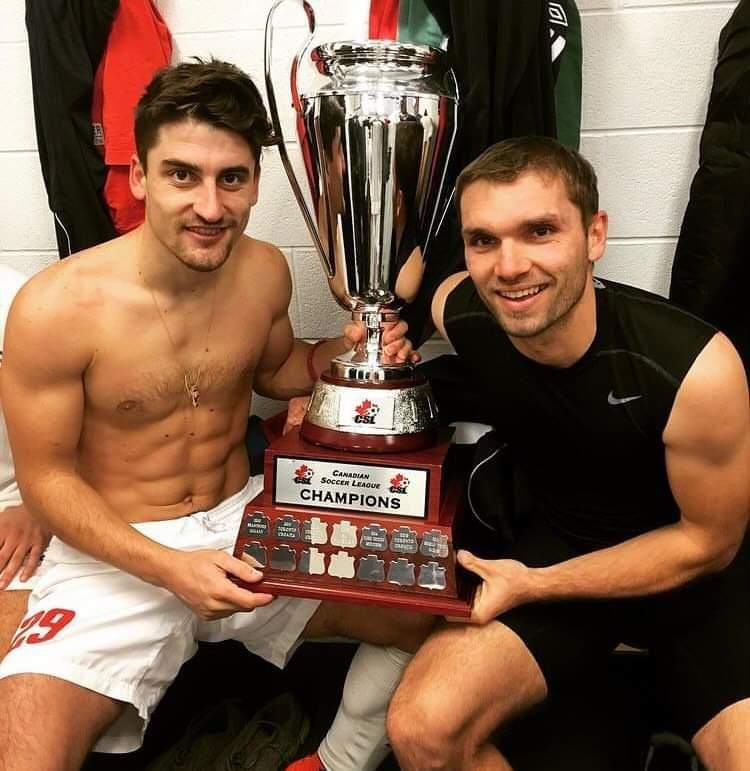 Midfielder Luka Bojic was born in Podgorica on April 9, 1992. He made his first footballing steps at the Mirocevic Brothers Football Academy and after that, at the age of eighteen, he signed his first professional contract with FK Buducnost from Podgorica. He also played fifteen times for the Montenegro national under-19 team.

“That was a fantastic feeling. I played for all the selections of Serbia and Montenegro and later Montenegro up to the age of 19. I played against top national teams like Spain, France, England… players like Isco and Morata – you already know what kind of careers they have going on.”

After Buducnost (and a short loan in Zeta) came a period in Jedinstvo from Bijelo Polje. He signed for the Serbian White Eagles in 2016 and played for our club until 2019.

“It was a special honour and pleasure for me to play for the Eagles. Our collaboration came about after good showings in Jedinstvo Bijelo Polje (the club entered the Montenegrin First League after many years of being in the lower ranks). I would like to say that I was helped by Radenko Kamberovic, a former Eagles player with whom I played together in Buducnost Podgorica (where he is remembered fondly) and together we won the championship title with Buducnost as well as later with the Eagles. I would also like to mention that I had a break in my career while I was playing for Buducnost due to a family tragedy that separated me from the field for a year and a half while mentally unable to bear the loss of a family member. I know it affected my career but that’s how it is…”

He entered the history books of the Serbian White Eagles by scoring a goal in the championship final in 2016 and our club (after extra time and another goal from Milos Scepanovic) lifted the championship trophy.

“As I said, it was a big honour for me to play for the Eagles – a club with a great history, tradition, great footballers and coaching staff. After coming to the club, we won the championship after eight years. A great team and coach Medic – the trophy had to go back to our cabinet. I scored a goal in the final, yes, for 1-1, an indescribable feeling – it was as if I scored against Partizan in the middle of the JNA Stadium (ha ha)!”

Thank you to Luka (who now lives and works in Los Angeles) for taking the time for our website. It’s nice to remember the championship days and it’s even nicer to create new championship memories. And that is why we say: onwards – to new victories!